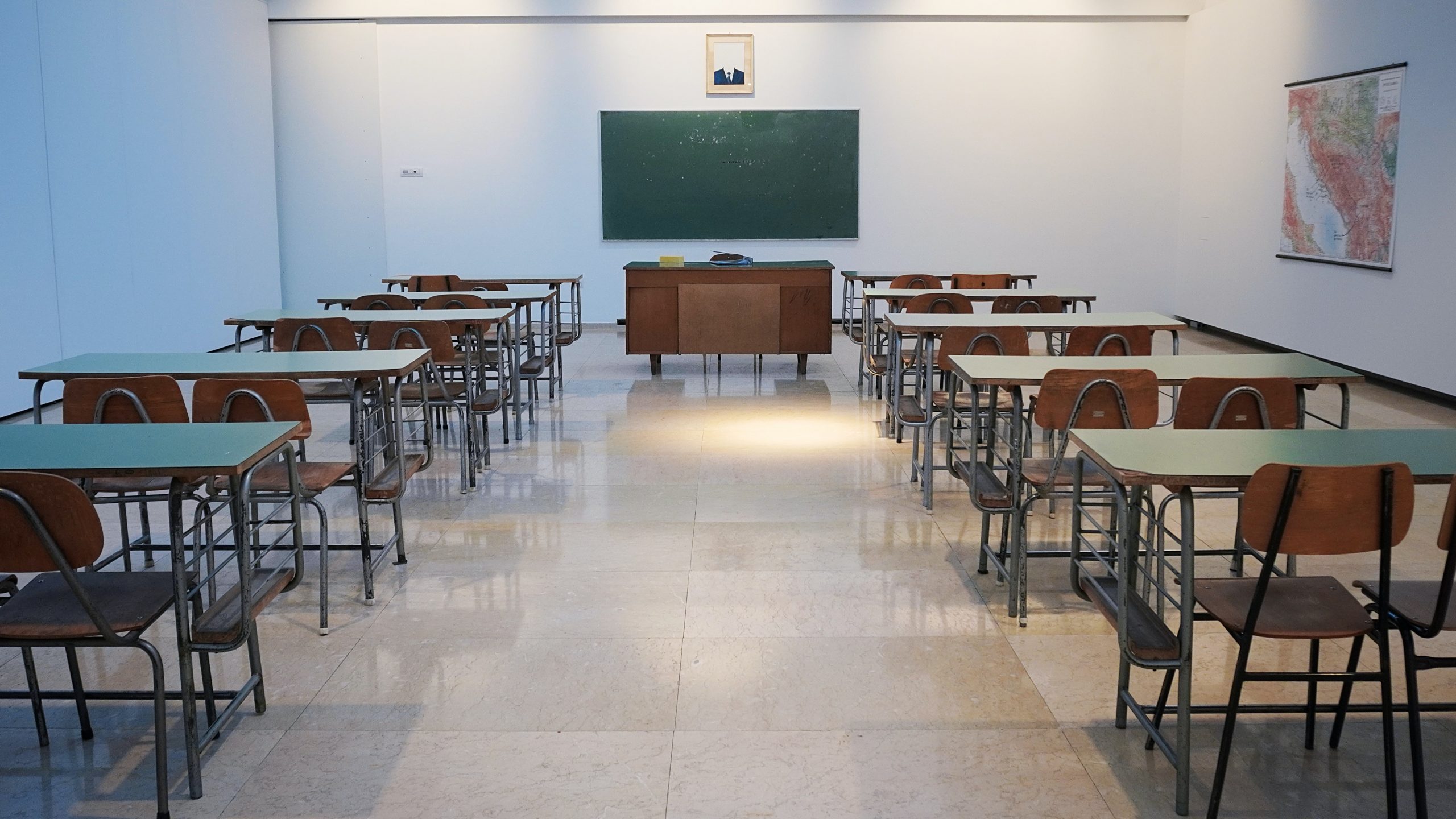 https://youtube.com/watch?v=3jyk88SFi0Q&feature=oembed&enablejsapi=1&embed_config=%7B%22disableRelatedVideos%22%3Atrue%2C%22adsConfig%22%3A%7B%22adTagParameters%22%3A%7B%22iu%22%3A%22%2F6123%2Fkifi%22%2C%22cust_params%22%3A%22category%3Dlocal-sports%22%7D%2C%22nonPersonalizedAd%22%3Afalse%7D%7D IDAHO FALLS, Idaho (KIFI) - The Idaho State Board of Education has made another change to its plan for winter sports. School districts and charter schools will no longer have to clean event areas between games and matches held on the same day. The board says it made the change based on feedback from districts. googletag.cmd.push(function () { googletag.display("div-gpt-ad-6"); }); Districts said the requirement was difficult especially for [...]

No more cleaning between games

https://youtube.com/watch?v=3jyk88SFi0Q&feature=oembed&enablejsapi=1&embed_config=%7B%22disableRelatedVideos%22%3Atrue%2C%22adsConfig%22%3A%7B%22adTagParameters%22%3A%7B%22iu%22%3A%22%2F6123%2Fkifi%22%2C%22cust_params%22%3A%22category%3Dlocal-sports%22%7D%2C%22nonPersonalizedAd%22%3Afalse%7D%7D IDAHO FALLS, Idaho (KIFI) - The Idaho State Board of Education has made another change to its plan for winter sports. School districts and charter schools will no longer have to clean event areas between games and matches held on the same day. The board says it made the change based on feedback from districts. googletag.cmd.push(function () { googletag.display("div-gpt-ad-6"); }); Districts said the requirement was difficult especially for [...]

MGN IDAHO FALLS, Idaho (KIFI) - Idaho officials reported 559 new COVID-19 cases and 7 new deaths on Tuesday. That brings the total confirmed and probable cases reported since March to 160,592. There are a total of 130,908 confirmed cases and 29,684 probable cases in all 44 of the 44 counties in Idaho, according to numbers released from the local health districts and the state. See the chart below. googletag.cmd.push(function [...]

SHELLEY, Idaho (KIFI)-Shelley Police are investigating an early morning shooting incident.Chief Rod Mohler said officers were called to the Carnostie Apartment complex on West Fir, near Shelley High School, at around 6:30 a.m. Tuesday.Officer said a suspect fired three rounds at the victim’s car.   No one was hurt.  The suspect left the scene in a vehicle.Police suspect the incident was a domestic altercation.  Investigation into the shooting is continuing. The post [...]

BOISE, Idaho (AP) - The Idaho Supreme Court on Tuesday upheld a lower court ruling ordering the Idaho state treasurer to vacate her offices in the Statehouse. The court on Tuesday ruled in favor of Republican House Speaker Scott Bedke and Republican Senate Pro Tem Chuck Winder in a civil lawsuit seeking to oust Republican Treasurer Julie Ellsworth from her offices on the first floor of the capitol building. Lawmakers want to make room [...]

East Idaho economy recovering, some counties faster than others

POCATELLO, Idaho (KIFI) - East Idaho's economy is rebounding from the strict, life-saving measures put in place during the start of the pandemic. Since April, East Idaho has been on a trajectory of recovery, and the state is leading the country in terms of economic momentum and personal income growth over the past year. The most recent data released on Friday shows December’s unemployment rates in the region are 3.8% [...]

Angler numbers up at Henry’s Lake

James Brower / IDFG IDAHO FALLS, Idaho (KIFI)-Anglers spent more time trying their luck on Henry’s Lake ice fishing in 2020, but were enjoying less success.The Idaho Department of Fish and Game says ice fishermen spent over twice the total number of estimated fishing hours than they did in 2019.  But, anglers harvested 22% of the trout they caught this year than they did a year ago. The catch rate [...]

https://youtube.com/watch?v=H-uKRVX7Nwg&feature=oembed&enablejsapi=1&embed_config=%7B%22disableRelatedVideos%22%3Atrue%2C%22adsConfig%22%3A%7B%22adTagParameters%22%3A%7B%22iu%22%3A%22%2F6123%2Fkifi%22%2C%22cust_params%22%3A%22category%3Didaho-politics%22%7D%2C%22nonPersonalizedAd%22%3Afalse%7D%7D BOISE, Idaho (KIFI) - Idaho lawmakers are introducing the Add the Words legislation for the 15th time. State lawmakers are once again trying to add sexual orientation and gender discrimination into Idaho's Human Rights Act. Senator Melissa Wintrow introduced the bill on Friday in the Senate State Affairs Committee. 16 other senators and representatives are co-sponsoring the bill. googletag.cmd.push(function () { googletag.display("div-gpt-ad-6"); }); This bill has never made [...]

BOISE, Idaho (KIFI)-Idaho Transportation Security Administration (TSA) officers report finding a total of 24 firearms in Idaho travelers’ carry-on luggage in 2020.  That is the same number as 2019, although there were far fewer airline travelers in 2020, due to the COVID-19 pandemic.The firearms were discovered in only two Idaho airports.   Two were recovered in Idaho Falls and 22 at the Boise Airport.  Idaho Falls also had two incidents in [...]

IDAHO FALLS, Idaho (KIFI) - The Idaho Falls Fire Department reports a structure fire on the 1300 block of South Woodruff Avenue Thursday caused approximately $75,000 in damages. Two adults were standing outside of the Three Fountains condominium complex shortly after 1 a.m. when they noted smoke coming from a second-floor condominium and called 9-1-1. IFFD said one adult inside the home at the time of the fire was able [...]

MGN Image CHEYENNE, Wyo. (KIFI)-Teton County led the trend to lower unemployment in Wyoming during December.The county’s unemployment rate fell from 5.8% in November to 3.9% in December, reflecting the acceleration of the winter tourist season.   The state’s overall rate fell from 5.1% in November to 4.8% in December.The Research and Planning Section of the Wyoming Department of Workforce Services reports that most county unemployment rates changed very little between [...]

Cropped Lisa Ferdinando / DoD / CC BY 2.0 BOISE, Idaho (KIFI) - The Department of Health and Welfare (DHW) will hold a briefing about the COVID-19 vaccine in Idaho at 2:30 p.m. Tuesday. You can watch it below. googletag.cmd.push(function () { googletag.display("div-gpt-ad-6"); }); DHW Director Dave Jeppesen and Public Health Administrator Elke Shaw-Tulloch will offer brief remarks and an update on the status of COVID-19 vaccine in Idaho, and [...]