This Morning - America's First News With Gordon DealWeekdays 4a-6a
Wake-up with America’s first news. Host Gordon Deal goes beyond the headlines with the day’s first look at news and business news from the U.S. and around the world; bringing a lively blend of intelligent information, humor, and expert analysis to morning radio. Gordon’s understanding of what listeners need to know and the questions they’d like answered are a perfect match for the morning show. Gordon began his career in radio as a play-by-play sports announcer for Rutgers University, his alma mater. He also finds time to work as the Public Address announcer for New York Giants football and Army football. His hobbies include fishing, whitewater rafting, and coaching soccer. He lives with his wife Kelly and their two children in central New Jersey. 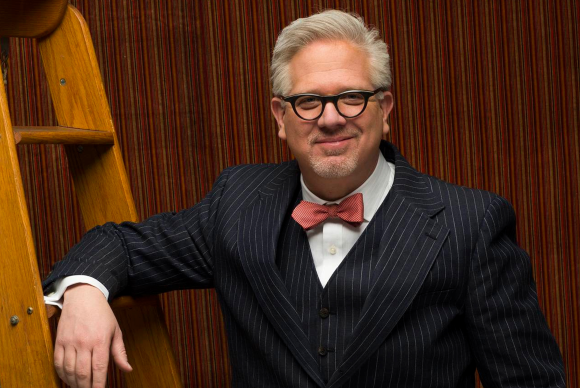 Glenn BeckWeekdays 7a-10a
Glenn Beck, one of America’s leading multi-media personalities, is the founder and owner of TheBlaze, a 24/7 news, information and opinion network that is available on television and online. TheBlaze.com attracts over 35 million unique visitors per month. Beck’s quick wit, candid opinions and engaging personality have made The Glenn Beck Program the third highest rated radio program in America and his unique blend of modern-day storytelling and insightful views on current events allowed him to achieve the extraordinary feat of having #1 New York Times bestsellers in both fiction and non-fiction. Beck also hosts acclaimed live-events, oversees the fashion brand 1791 and is the publisher of GlennBeck.com. While Beck entered the media world as a DJ at the tender age of 13, everything changed when he found a new vision of his career – talk radio. In 2002, he launched The Glenn Beck Program on just 47 stations with the mission to make listeners “feel goodness from my show and accept me for who I am, flaws and all.” Nothing has been the same since. Today, just a few years later, he owns his own television network, his radio show can be heard across the country on over 400 stations, his books reach the top of bestseller lists and he travels across the country performing his live stage show to sold-out audiences. Across all of these mediums, Beck connects with his fans in a whole new way, inspiring and entertaining them with his humor, hard-hitting interviews and honest tales about his life. 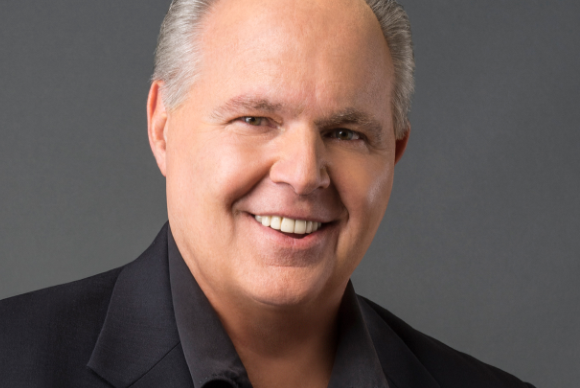 Rush LimbaughWeekdays 10a-1p
Rush Limbaugh launched his phenomenally successful radio broadcast into national syndication on August 1, 1988, with 56 radio stations. The show recently celebrated its 25th anniversary in syndication and is heard on nearly 600 stations by up to 20 million people each week and is the highest rated national radio talk show in America. Known as the media pundit who reshaped the political landscape with his entertaining and informative brand of conservatism, Mr. Limbaugh is also widely credited with resuscitating AM radio by many industry experts. Recognized for his achievements, Mr. Limbaugh received the Marconi Award for Syndicated Radio Personality of the Year given by the National Association of Broadcasters in 1992, 1995, 2000, 2005 and 2014. He was inducted into the Radio Hall of Fame in 1993, the National Association of Broadcasters Hall of Fame in 1998, and the Hall of Famous Missourians in 2012. 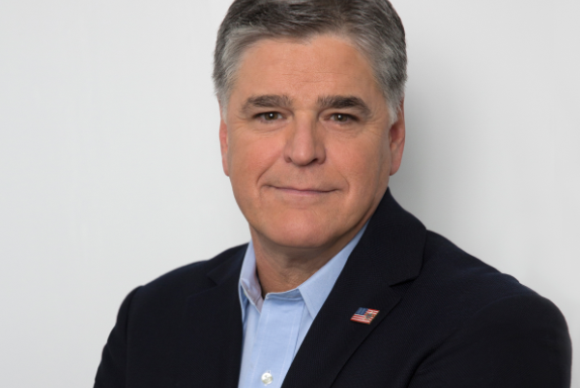 Sean HannityWeekdays 1p-4p
Sean Hannity is a multimedia superstar, spending four hours a day, every day, reaching out to millions of Americans on radio, television and the internet. The Sean Hannity Show has more than 500 affiliates nationwide. Heard by more than 11 million loyal listeners each week, Hannity is the second most-listened-to talk show host in America, according to Talkers magazine. Hannity has been the recipient of two Marconi Awards for “Network/Syndicated Personality of the Year,” and is a three-time consecutive winner of the Radio & Records “National Talk Show Host of The Year” award. 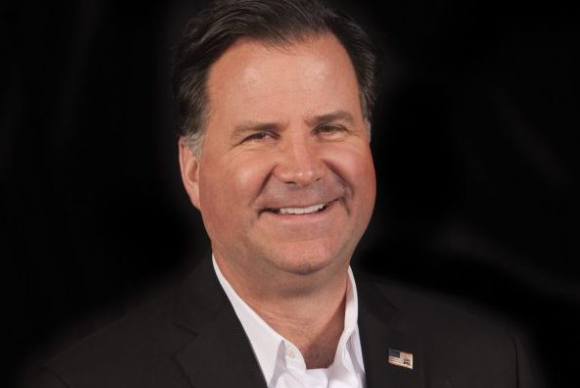 Lars LarsonWeekdays 7p-9p
Lars got his start in radio at age 16 spinning records and reading news, sports and weather at the edge of a cow pasture in Tillamook, Oregon on The Mighty 1590 KTIL. 43 years later, he’s only moved 75 miles east to Portland, and light years to “the Right”. The Emmy and Peabody award winner delivers six hours of radio backed by four decades of experience as a radio and television journalist. Six hours of daily prep keep The Lars Larson Show on top of the news cycle and top-of-mind for listeners across the country. Along the way, Lars has worked for more than a dozen radio stations and five television stations. Today, Lars holds down FM News 101 KXL from 12pm – 4pm PST through Alpha Media’s Radio Northwest Network. His local talk show airs on over 20 stations in the Pacific Northwest; the biggest local talk radio audience in the region. The national Lars Larson Show, syndicated by Compass Media Networks, launched in September 2003 and can be heard on over 150 affiliates nation-wide. 15 years later, the show continues to grow. Lars currently has multi-year contracts with both Compass Media Networks and Alpha Media. Much to his wife Tina’s delight, Lars has picked up more than 70 awards from the Associated Press, Society of Professional Journalists, the National Press Club, including two Emmy’s and a Peabody for his reporting and documentaries. He has broadcast live from the East Room of the White House where he interviewed President Donald Trump one-on-one. He was one of the first guests for the Inaugural “Skype Press Seats” at the White House. He has broadcast from Israel five times and broadcast several times a year from Washington DC, (from CPAC and Feet to the Fire). He has interviewed many high-profile politicians, celebrities, athletes and authors including: Jeff Sessions, Rand Paul, KT McFarland, Sebastian Gorka, Sheriff David Clarke, John Bolton, Ted Nugent, Ann Coulter, John Stossel, Mark Bowman, Ken Shamrock, Karl Malone, Rob Reiner, Jon Lovitz, Stephen Baldwin and many more. Lars is also a regular guest on Fox News and has appeared on “Outnumbered”, “Fox and Friends”, “Scarborough Country”, BBC radio and countless local radio and television news shows around the United States. 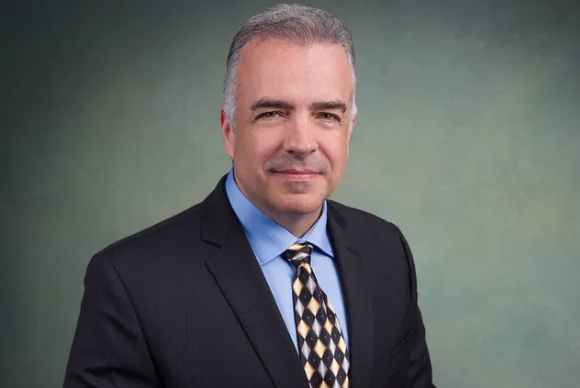 Joe PagsWeekday s 9p-12a
Pags started his career in radio in 1989 in Palm Beach County, Florida before making his way to the TV anchor desk in Saginaw/Flint, Grand Rapids/Kalamazoo, and Lansing, Michigan then moving on to New York. From there he was called back to radio and landed at the Clear Channel Talk Flagship, WOAI/San Antonio. Pags has won multiple Associated Press awards for excellence in journalism in both Michigan and New York. Michigan Association of Broadcasting award-winner and has been cited by the US House of Representatives and the State of Michigan for his broadcasts following the attacks of 9/11. Along with his syndicated daily show, Pags hosts Premiere’s nationally syndicated “The Weekend w/Joe Pags.” He’s appeared on many cable news channels taking on all topics and political opponents. For a time, you could catch him on Fox News Channel, MSNBC, CNN, HLN, CNBC and more almost every day. 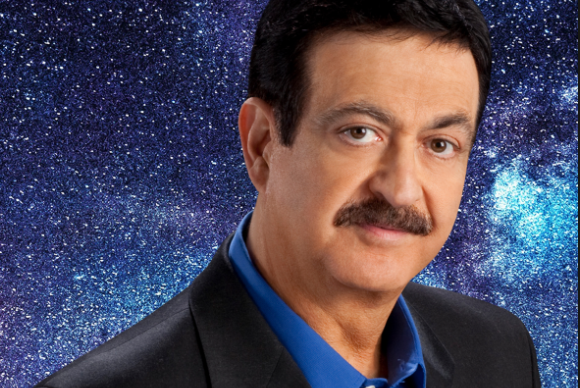 Coast To Coast AMWeekdays 12a-4a
George Noory, host of the nationally syndicated program Coast to Coast AM, says if he wasn’t a national radio talk show host, he’d be in politics. Heard by millions of listeners, Coast To Coast AM airs on more than 570 stations in North America. While hosting The Nighthawk, a wildly successful, late-night program on KTRS in St. Louis, Noory was recruited to guest host on Coast to Coast AM with Art Bell. He became the permanent host of the phenomenally successful overnight program on January 1, 2003, following Bell’s retirement. Since then, Noory’s audience has continued to grow. Noory captivates program listeners with his discussions of paranormal phenomena, time travel, alien abductions, conspiracies and all things curious and unexplained. He is driven, he has said, by the desire to solve the great mysteries of our time. From his first days as a radio broadcaster he says, “I’ve wanted to cover stories that the mainstream media never touch—the unusual, the paranormal and things like that. I learned that broadcast is the best business for exploring these issues, and I’ve been doing it for years.” He dates his interest in these matters to a book by Walter Sullivan, We Are Not Alone, that his mother gave him when he was 13. He was hooked.