The original story can be found here.

IDAHO FALLS – District 91’s Board of Trustees voted Thursday night to change the start of school to August 31 instead of August 26.

Board members shared several “pros” and “cons” to each of the proposed start days of August 26, August 31, and September 8.

Some of the Board’s reasons for moving the date to August 31 included giving teachers more time to prepare, waiting on civil liability guidelines from Idaho’s special legislative session, and giving the district more time to adapt to the large amount of students that signed up for District 91’s new online school.

Superintendent George Boland said there were close to 600 elementary enrollments in the district’s new online school. He explained:

While the date for the start of school has changed, the “Blue” plan the Board voted into place last week still appears to be a go. This plan allows for all students to attend Monday-Thursday in person, with Friday as an online learning day. The Idaho Falls Education Association has been critical of this plan.

Another group is opposed to the “Blue”plan. “Teachers, Parents, and Patrons United,” held an “Occupy” movement at Idaho Falls High School and the District 91 office Wednesday and Thursday.

Those wearing red at the Board meeting tonight were in favor of the “Yellow” plan. Under the “Yellow” plan, school would start September 8, and allow for more online days in response to COVID-19 concerns.

Another faction in attendance were backers of  “Support the Blue Plan.” They wore blue to show support for the August 26 start date, as well as the “Blue” plan the Board of Trustees passed last week. 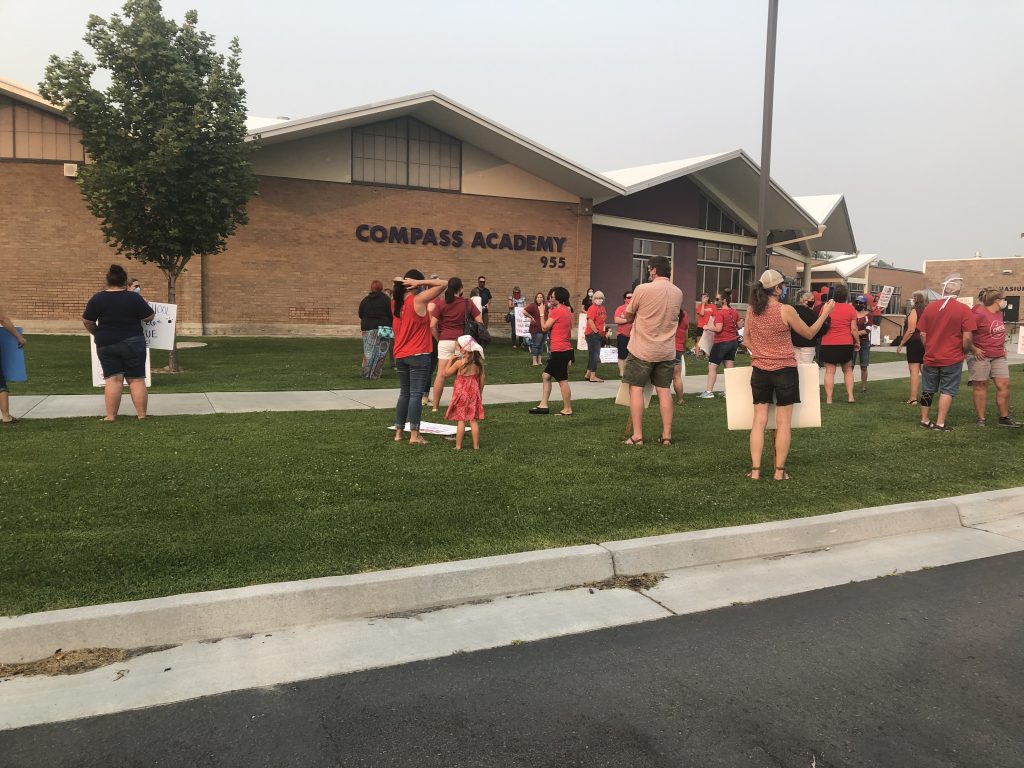 Advocates for “Support the Blue Plan” have been circulating a letter on Facebook, gathering signatures in support of opening schools to all students August 26. 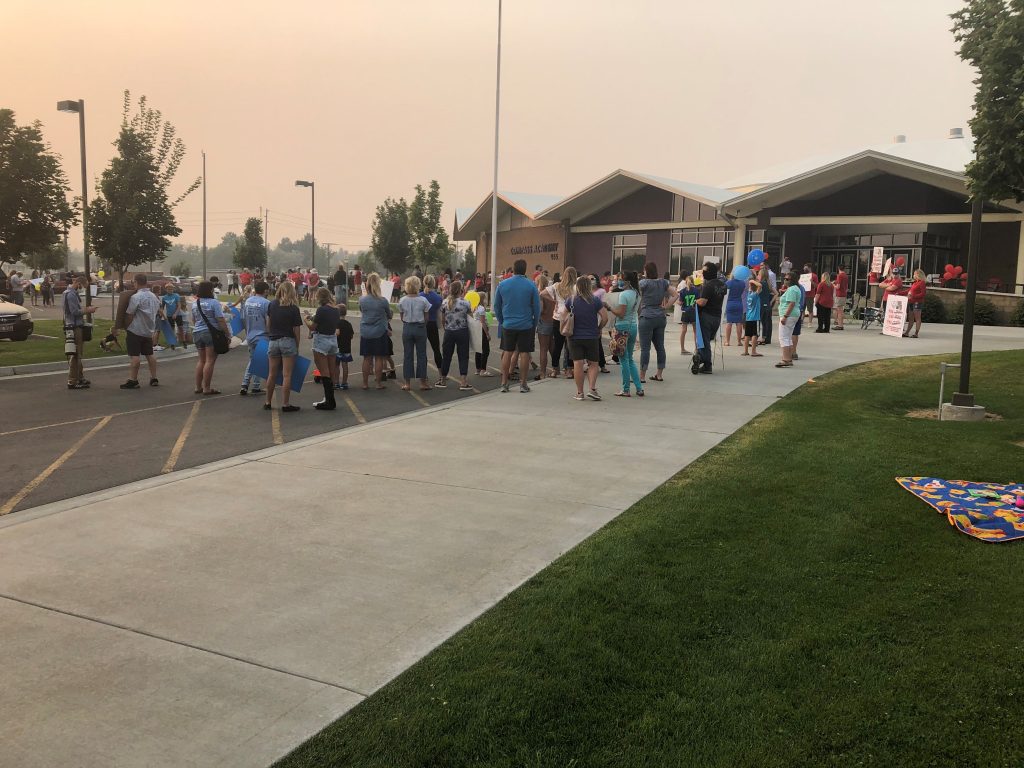 “Support the Blue Plan” cheered for Board Members Paul Haacke and Larry Wilson as they walked into the meeting at Compass Academy. Members of Parents, Teachers, and Patrons United had been calling for Paul Haacke’s resignation after last week’s Board meeting.

After the vote, Paul Haacke spoke to the crowd of about 150 before the meeting was adjourned: